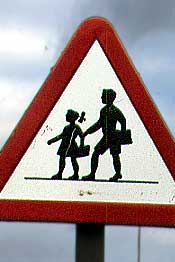 A good drawing with much detail which is also found on the Azores (Read more there). 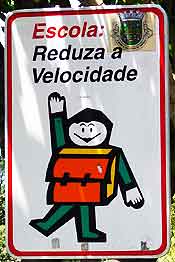 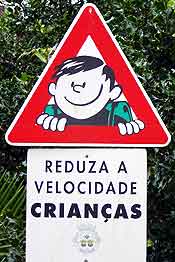 The other signs — aren't they cute? — are extremely bad design for roadsigns. If you had to think about their meaning; if your first reaction was how nice then it's bad design. As I explained more thoroughly on the Bulgarian page: Roadsigns must transmit an unequivocal message in a split-second. 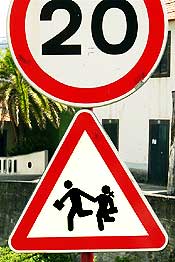 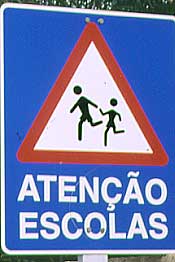 You can't stop Modern Time with its faceless people. But there clearly is still some discussion going on about the design to be choosen: Spanish or Portuguese ? It's sure going to be bad design, but the choice could tell us some­thing about the attitude of the islands against the mainland.
The speed limit is on the safe side (limits range worldwide from 20 to 90 km; find the comparative table in Australia).
Path: Home / Country list / Children's Crossing Signs worldwide / Signs in Madeira
e-mail:
More signs from Madeira: Men at work - Falling rocks